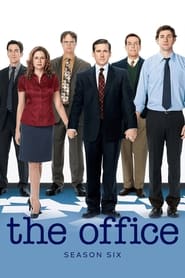 The sixth season of the American television comedy The Office premiered in the United States on NBC on September 17, 2009, and concluded on May 20, 2010. The season consisted of 22 half-hour episodes, and 2 hour-long episodes to comprise the 26 total episodes of material created.