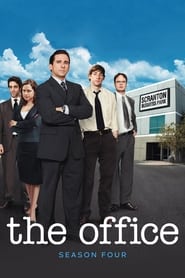 Season four marked the departure of Karen Filippelli as a regular character, although she appeared for a few seconds in the first episode, “Fun Run” and in the sixth episode, “Branch Wars”, as the regional manager of the Utica branch. Relationships again emerged as the main theme of the season, with Jim Halpert and Pam Beesley’s rising, and Michael Scott and Jan Levinson’s, as well as Dwight Schrute and Angela Martin’s declining. Technology was another prevalent theme as the office staff struggled with initiatives introduced by Ryan Howard to modernize the company.