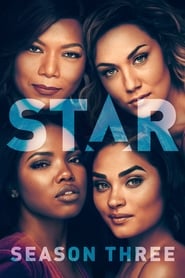 The second season ended with Carlotta, Alex, Simone, Derek, Cotton and Cassie’s lives in jeopardy. Carlotta had been named the head of A&R for Midtown Sound, but her world came crashing down after learning Cassie killed Jahil. When Carlotta confronted Cassie, guns were drawn and one went off. Meanwhile, Alex, Cotton and Derek each were on a flight to New York when a news report revealed that a plane had crashed – with no one knowing who survived. Season three picks up three months later, as Star returns home from touring.