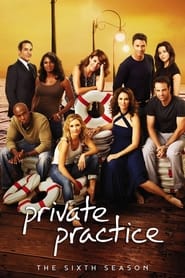 The sixth and final season of Private Practice premiered on September 25, 2012, with a limited run of thirteen episodes. Private Practice was renewed for a sixth season on May 11, 2012. In a recent interview, Shonda Rhimes stated that this season will feature: “a death, some babies, a likely return of a favorite and there could possibly be a wedding” with the rumored possibility of a musical episode and return of ex-cast member Audra McDonald. On October 19, 2012, after months of speculation, series creator Shonda Rhimes announced that the sixth season would be the final season of the show. It was confirmed, that production wrapped on December 7, 2012, and the final episode had been taped.