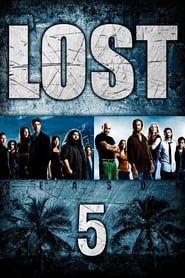 The fifth season of the American serial drama television series Lost commenced airing on the ABC network in the United States and on A in Canada in January 2009, and concluded with a two-hour season finale on May 13, 2009. The season continues the stories of the survivors of the fictional crash of Oceanic Airlines Flight 815, after some of them are rescued and those still stranded seemingly disappear to an unknown location and time with the island that they inhabit. According to Lost’s co-creator/executive producer/writer/show runner Damon Lindelof, the season “is about why [the people who have left the island] need to get back”. Lost returned on January 21, 2009 on ABC with a three-hour premiere consisting of a clip-show and two back-to-back new episodes. The remainder of the season aired on Wednesdays at 9:00 pm EST. The season began in the UK and Ireland on January 25, 2009 on Sky1 and RTÉ Two, respectively. The season was released on DVD and Blu-ray Disc under the title Lost: The Complete Fifth Season – The Journey Back, Expanded Edition on December 8, 2009.