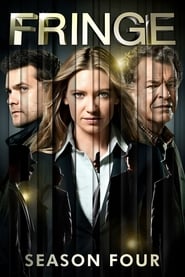 The fourth season of the American science fiction television series Fringe premiered on Fox on September 23, 2011 and concluded on May 11, 2012, consisting of 22 episodes. The series is produced by Bad Robot Productions in association with Warner Bros. Television. The show was officially renewed for a fourth season on March 24, 2011.