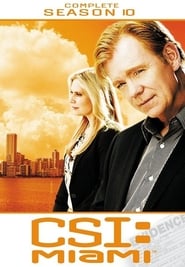 The tenth and final season of CSI: Miami premiered on CBS on September 25, 2011, and is the shortest season of CSI: Miami with only 19 episodes. On January 12, 2012, CBS announced that Adam Rodríguez would write and produce an episode based on the Penn State scandal. The episode, “At Risk,” premiered on March 18, 2012. The season finale aired on April 8, 2012, but was delayed due to extended coverage of the Masters. In May 2012, CBS cancelled CSI: Miami, making it the first show in the CSI franchise to end.