When the international press conference on the bomb attack gets interrupted, everybody suspects that something major must have occurred: A man wearing a Krampus mask has been shot during a gunfight with the police. It looks like he’s the sought-after Krampus Killer. Neither his superiors nor politicians or press want to believe Gedeon’s theory that this must be a copycat riding the real killer’s coattails. The general demand for a success after months of fear and mayhem is simply too great. 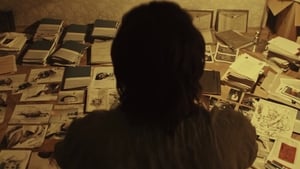