After a wealthy businessman is killed at a charity event the CSI’s first suspect his wife who was hosting the event. The blood evidence is thought to belong to the wife or her two secret twin sisters but leads the investigators in another direction after the victim is not who they thought he was. 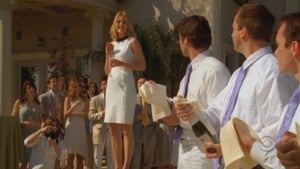