Come As You Are

A Marine recruiter is found dead on a civilian shooting range with various bullet holes in him, but there is no blood at the scene. The investigators uncover that the victim was dead before he was shot and that his body was pulled onto the range. As the case advances, Horatio determines the murder may be tied to the death of a marine in Iraq who was killed in combat. Likewise, Natalia is shocked to learn that Nick asked Valera out and that she accepted. 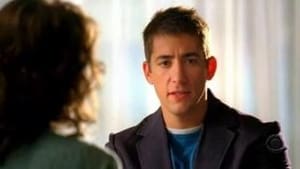