Eric Delko is at the bank, following an ATM taking his debit card, when three robbers wearing ski masks rush in. Delko knows he can’t win against the three robbers but when one of them tries to rape a girl it ends in a shootout. The security tape leads them to Miami University and to the robbers next target and Horatio manages to arrest one of them. The trail leads to a videogame named “Urban Hellraisers” and when Ryan Wolfe starts playing it, it turns the similarities between the game and the actual crimes are very big. It’s up to the team to catch the robbers before they commit a crime much more serious than the last one. 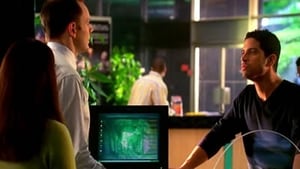