(Crossover episode with CSI: New York, Season 2 Episode 7.) A crossover episode that concludes on “CSI NY” begins with a convicted serial killer who escapes after sabotaging an airplane that was flying him from New York to Miami, where he allegedly buried a body. After fleeing the crash site, the man goes on a killing spree and abducts a college student. Mac Tayor arrives to help Horatio track the killer since Mac originally arrested the man in New York. 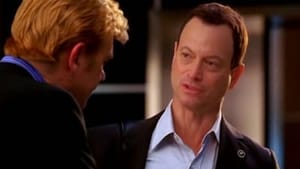