The wife of a famous baseball player is brutally killed in her home and her philandering husband is charged with the crime. The jury on the case, as well as the accused and his defense, visits the house to examine the crime scene, but when the lights are dimmed, as they were when the victim was killed, and then turned back on, the ball player is found dead with a meat clever in his back and a note that reads “guilty.” Now, as Horatio and the team find that the husband’s defense team tampered with the crime scene, they must examine the evidence to find the couple’s killers. Meanwhile, Horatio gets a call from Yelina, who tells him that her son, Ray, Jr., is missing. 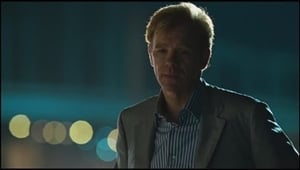