The CSIs must find the killer after a young woman is pushed in front of a moving bus. Alexx finds a bruise shaped like a hand imprint on the victim’s back, proving that she was pushed in front of the bus, and her boyfriend, Jay Seaver, is the prime suspect. When one of Jay’s office rivals also turns up dead, Jay reveals that he has a psychotic stalker, Claudia, who he thinks might kill to please him. However, when Jay hires a lawyer to protect Claudia, Horatio suspects that Jay may be more involved than they thought. Later, a man’s body is discovered down an elevator shaft in a nearby building, and there is evidence to link the victims to a common killer. Meanwhile, Calleigh’s father seeks her help when he fears that he may have killed someone after a night of drinking, and Horatio assigns a new CSI, Ryan Wolfe, to the case. 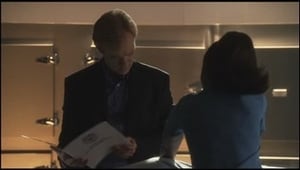