A woman is killed during a posh party at an exclusive waterfront estate when a man opens fire on the proceedings from a cigarette boat. When a former con is arrested, he acts as his own lawyer and proves to be smarted than he appears. Complicating matters is the fact that the leading witness in the case is the dead woman’s 10-year-old son, whom Horatio wants to protect, refusing to let him testify. 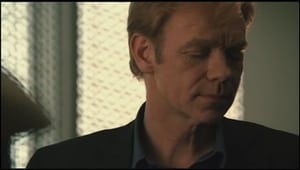