When the CSIs find a woman swallowed whole and killed by a gigantic snake, they uncover a covert drug smuggling operation. Evidence leads Horatio and the team to a drug smuggling operation where large snakes are suspected of be being used to bring illegal drugs into the country to avoid detection by customs. However, when Horatio finds that Clavo Cruz, a nemesis of Horatio’s who hides behind his diplomatic immunity, may be behind the operation, the team must find a legal way to put the criminal behind bars. Meanwhile, Wolfe must find the truth when two women each claim that they are the real victim of identity theft and the other is the culprit. 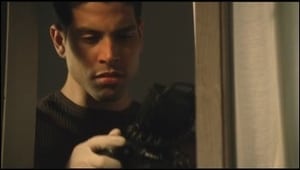