After a large yacht slams into a major Miami bridge, the team finds that the man steering the boat was shot and killed before the accident. The victim’s wife reveals that their son had been kidnapped and her husband was handing over the ransom – three million dollars worth of jewels. But when the team learns that the jewels were fake, the investigation leads them into a dangerous situation at a jewelry shop that may contain crucial evidence, where Horatio must face the unimaginable when one of the team is killed in the line of duty. 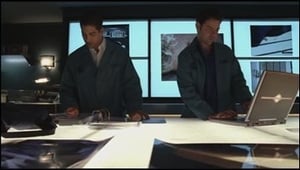