Speedle and Delko are present when a trendy nightclub catches fire, apparently from a DJ’s pyrotechnics display, killing sixteen people and injuring dozens of others. But the ensuing investigation reveals it may have been arson to cover up a murder. Meanwhile, Horatio probes the death of a prostitute whose body is found in the bathroom of a judge’s home and evidence suggests that she was in the club during the fire. 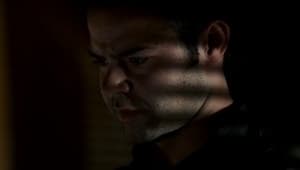