The investigation into a drug heist offers brief glimpses into the private lives of the CSIs, whose nerves are on edge when they become suspects in the crime they’re trying to solve. A police convoy headed across town includes an unmarked truck filled with confiscated drugs being taken to an incinerator to be destroyed. The trip ends abruptly when thieves hijack the vehicle, kill its driver and shoot Speedle, who was riding shotgun. It’s hard for Horatio when the media draw comparisons to a similar case several years ago in which his brother, an undercover cop, was killed. But it’s worse for his team when Internal Affairs decides that one of them tipped off the robbers about the delivery. 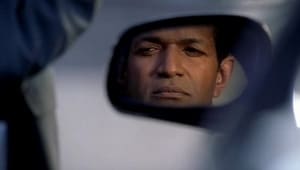